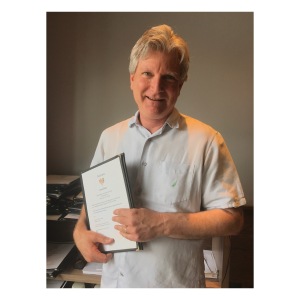 It’s the small, smallest acts of kindness that are so powerful; powerful messages.

A busy restaurant, many reservations, many more waiting. A patient host, warm and comforting, tending to his customers as though they were guests in his home.

I’m describing probably a typical scene at the local Cambridge restaurant, Cafe Luna, with the only difference being that this time it was me witnessing it.

As you know I live in New York. The people here, besides what most say I won’t call them rude, aren’t exactly the warmest of people – no one has time for anything unnecessary (unnecessary according to them of course). As one goes up north, the people are warmer, kinder. But this little place exceeded all my expectations. Everyone on the staff team was so polite, so friendly, so courteous. Yet the host, he just melted my heart with his warm personality. He made the environment of that place homely, so you could enjoy meals with your loved ones. He didn’t have to do it you know, converse with all his customers, check in with staff,  not in such a kind manner anyway. But you could tell he loved doing it. That’s exactly what he told me when I went up to him, to take a picture of him in an attempt to capture his kindness.

It set me thinking on a trail of thoughts that I carried with me through the day – it really doesn’t cost anything to be nice, to be kind even; every one of us, we are the same, we think the same, feel the same at the very core. We are after all just people trying to live this thing called life, no one knows how to, no one has survived it, yet we remember those ardently, who left a kind impression on this world, or just on us; why; isn’t this something to pay attention to, learn from; after all isn’t this all we have; we, the people.

Later in the day, we visited some old family friends for dinner. They had 2 kids, age 6 and 10. In the first few minutes of interaction I knew I was in a parallel universe. Their acuity, mannerism, comfort rather ease with technology, it was all far far ahead than even what I, a millennial, had had when I was younger.

There were talks about school and their classes, and how they used iPads for everything, with apps for math and design, of projects that involved making keynotes and iMovies, of social media (and how no one cared about Facebook, it was all about Instagram and Snapchat) – insert mental note for marketing: pay attention to this demographic, pool of untapped opportunities.

As we all moved to the dinner table from the family room, one of the kids promptly commanded Alexa to turn off the family room lights. Now if that isn’t a clear indication that I was in a parallel universe then I don’t know what is?

I found out shortly.

The little one was very animatedly telling us about a soccer anecdote from earlier in the day. He made a reference to something his coach had said, to which his dad asked him which of his three coaches was the one who said it. He went on to describe a series of things, like his clothes, what he was holding at the game etc etc and finally his dad recalled the one.

Later on his mom pointed out that all the three coaches were of different ethnicities, one Caucasian, one Indian, and one African American.

I thought of what any one of us at that table would have described him as, well of-course by just that – ethnicity.

But kids, they don’t really care about these things do they? And why should you?

We are born with a mind so pure, so united, so compassionate. It is we, the people, who pollute it with differences – of race and countries, of opinions and beliefs, of customs and traditions, of status and color, and I can go on.

But like I said, at the very core, we are all the same, just people.

We are all just looking to lead a life of happiness and togetherness, to make a difference to something or someone, to share our joys and our sorrows, to feel a sense of belonging, of validation.

If you think about it, every act of unkindness has it’s roots in insecurity, and the fastest cure for insecurity, is an act of love, of kindness.

And for whom, from whom?

From us; we the people.